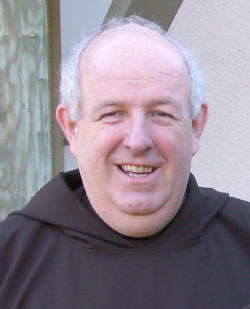 Our Founder and Senior Consultant

Thomas A. Elliott founded Synergic Systems in 1980 as a Franciscan-based service in collaboration with the Franciscan Sisters of the Eucharist. His ever-regenerative spirit of enthusiasm characterized his work and his life. He sparked life into stagnant situations; he saw potential in every project; he had an innovative suggestion for any problem; he liked his clients.

His projects reflected the span of his expertise: he wrote an original programming language; he created children’s software; he developed customized applications for manufacturing firms, property assessment professionals, scientific research groups, hospitals, counseling centers, travel agencies, airlines, health care organizations, staffing agencies, an association of architects, and other industries; he installed and maintained networks; he invented a private email system known as the Guardian Message Center long before the internet was used and coordinated beta tests from countries all around the world; he programmed databases for web sites; he coached new users in software and helped managers through the maze of hardware decisions. He enjoyed projects that involved new technology and new challenges.

His crowning achievement was his founding of the Franciscan Brothers of the Eucharist along with two other Brothers. Their religious names, Brothers Angelo, Rufino and Leo are the names of three original followers of St. Francis who are buried around St. Francis’ tomb. Having hoped for a community of Brothers for over 25 years, Brother Angelo jubilantly welcomed the news in December 2002 that the Archbishop of Hartford had officially established the Franciscan Brothers of the Eucharist.

Photo taken just a few hours before he died.

In the morning of April 2, 2004, Brother Angelo was coordinating a software update for Franciscan Home Care and Hospice Care, Meriden, Connecticut. He cheerfully teased the staff as he started the upgrade on each computer. While joking with two of the Sisters, suddenly, with no warning, he fell over and died of an aneurysm. The Sisters, who tried desperately to save him, said that his face radiated a peaceful smile. God had welcomed His faithful, enthusiastic Brother to eternal life.

With deep sorrow we mourn his death. With deep gratitude we celebrate his life. As we cherish memories of his unrelenting dedication to others, we are inspired.